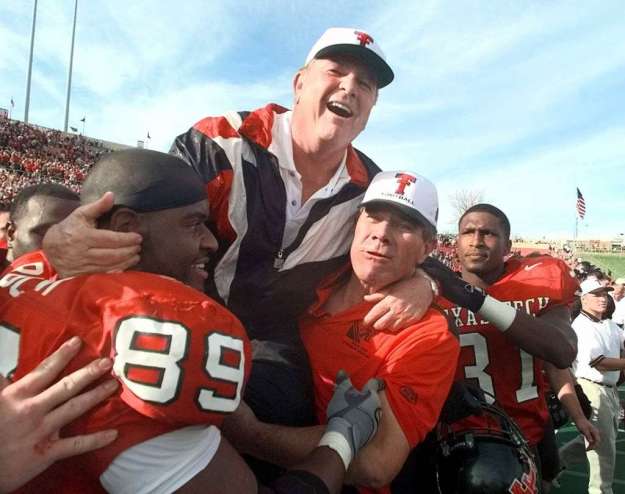 I’m thankful and I know I’m fortunate to have had the chance to interview Spike Dykes and build the Midland chapter of The Republic of Football around that conversation. Spike graciously welcomed me into his home and I had as much fun seeing the memorabilia in his man cave as anything else on my visit.

Few men in the history of football in Texas have contributed as much as Spike did as an assistant coach to both Emory Bellard and Darrell Royal, a head coach at Midland Lee, Belton, Big Spring, Coahoma and other high schools in Texas, and as the head coach who led Texas Tech into the Big 12 and succeeded in getting a foothold in the new conference.

The most revealing thing I learned about Spike in our last visit was that he got into coaching simply for the camaraderie.

“Somebody said, ‘Why did you coach?’” Dykes recalled. “It’s simple. My high school coaches and my junior high coaches had more fun and they were the greatest guys I’ve ever seen in my life. After being around them, ‘I said, ‘Golly, it’s like stealing if I could ever be a coach and have as much fun as they had.’”

To me, that’s Spike describing Spike as succinctly as anyone ever could.